Complexities of Location Technology is Holding Back Location Based Gaming: Establishing the FoundationHello

Here’s a throwback to a 2005 article I wrote for the industry publication Mobile Games Analyst by informa about the state of Location Based Gaming.

It’s an an honor so many have referenced me as the “father of location based gaming”. While I may have invented some of the core technology behind the foundational patents in the area and been the one speaking at conferences like GDC, E3, and a bunch of smaller ones throughout Europe, the real work on the gaming side was done by the early companies that took a small “feature” in mobile games in Japan and started building the early games. Eduardo Dias and the entire YDreams team, along with Stephen Nykolyn, Marc Wachmann, and Paul Poutanen at Blister Entertainment of just of of the people built some of the truly standout games in the space and pounded the pavement trying to get deals with the wireless carriers (back when you had to go through their “gate”). In addition, many in the academic world such as Stephan A. Drab, Christoph Grün, Jens Kroesche, and Andreas Jakl with their paper around Pushing location based games further How to gain end user suitability helped to lay the foundation for the gaming industry.

It’s incredible to see how far the genre has come from the technology we created and patented, such as US7628704 Geographic data collection using game play, US8562439B2 Geographic area templates for computer games, and US8376857 Multi-player online game player proximity feature has come. Now, have fun with Pokémon GO and everything that comes in the years to come.

Below is that article from Mobile Games Analyst: 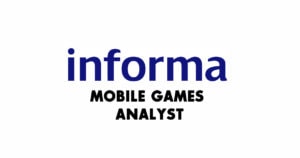 As early as 2000, developers and publishers were citing location-based gaming (LBG) as an aspect of the nascent mobile games industry that would bring mobile entertainment into consumers’ daily lives.

But while software revenue from mobile games has increased to more than US$1 billion – and is forecast to generate more than US$2 billion this year – we have only seen a few commercial launches of LBG, which have generated minimal revenues.

Device limitations, business-model fluctuations and bandwidth constraints hindered innovation in all aspects of mobile game design in its early years. From a commercial perspective, the early – and relatively cheap – porting of original game concepts to mobile devices answered much of consumers’ early requirements for mobile games and enabled the industry to find its legs. But the reliance on console-game ports also left little need for companies to investigate what truly separates mobile gaming from fixed gaming.

The mobile games industry did see a few early pioneers brave the location frontier with titles such as BotFighters from It’s Alive (now owned by Swedish games company Daydream Software), Portuguese developer Ydreams’ Undercover and France-based Newt Games’ Mogi Mogi, along with several academic proofs, such as CitiTag, from the UK’s Open University.

With the technological advancement of handsets and other mobile entertainment devices, and the higher band- width of 2.5G and 3G networks, the gaming industry is beginning to rethink what “mobile” means to game play. It is inspiring to hear these intentions, but the industry still has many false impressions about LBG.

In order to truly move forward with the inclusion of location into game play, companies must first understand the definition of a location-based game. Second, they must understand the complexities, strengths and weaknesses of location technologies. And third, they need to move past the “all or nothing” belief that can be seen in most discussions on the topic.

LBG describes any game that incorporates the player’s location (even if relative) and/or movement into the game. This might include tracking a phone as it moves through a city during a virtual paintball match or a treasure hunt, changing the weather in the game to match the weather in the players’ location, or monitoring players’ direction, velocity and acceleration during a high-intensity “battle.”

While LBG is often described at conferences and in meetings as a new genre, the term more accurately groups games across all genres that incorporate location into the game. The same can be said when attempting to classify LBG as a casual, hard-core, pervasive or ultra-passive game.

Next, mobile games development brings its own level of difficulties. But when attempting to build location into games, many developers and publishers underestimate the complexity of location technologies, the difficulties involved with integrating spatial data, and the accuracy of con- sumers’ location that are needed in various game situations.

In addition, positioning technologies, such as triangulation, GPS and Cell-ID, each have their own complexities, accuracies and latencies. Finally, the choice of location technology that is implemented often varies by carrier and region of the world.

The good news for the mobile games industry is that the work carried out on location-based utilities and applications can be carried over to the development of mobile games. Furthermore, the increasing inclusion of Bluetooth in devices enables the easier integration of GPS, while the emergence of location platforms for mobile games offers additional opportunities.

But developers, publishers and carriers need to step back from the “all or nothing” stance that many have taken when it comes to LBG.

I often hear people dismiss LBG if they are not able to locate a player 100% of the time within a 1m-by-1m square both indoors and outside. I admit that this would be the ideal situation, but it is by no means required.

When designing games, writing storylines and setting expectations, the industry must think about how accurate the average location “spot” will be, how often the player’s location can be updated, how the game will deal with the occasional inaccurate location reading and what the benefits are to incorporating location into game play.

BotFighters 2, Mogi Mogi and Ydreams’ soon-to-be-released Undercover 2: Merc Wars are great examples of how different location technologies can be used to offer unique game experiences. These games are also good examples of the reasons not to group LBG into a separate niche but to look at it as a subgenre within established categories of game play.

The next few releases of LBG will demonstrate substantial advancement in the area and will be an important part of the expansion of the mobile games industry. As the excitement about LBG grows, developers, publishers and carriers must be astute in their preproduction planning to make sure they understand location technologies and the effects each will have on game play.

2011 overview of LBG. Not entirely accurate but still a ton of good information.

Welcome to my site – Who I am

Is mobile 3D finally on the move?
Scroll to top